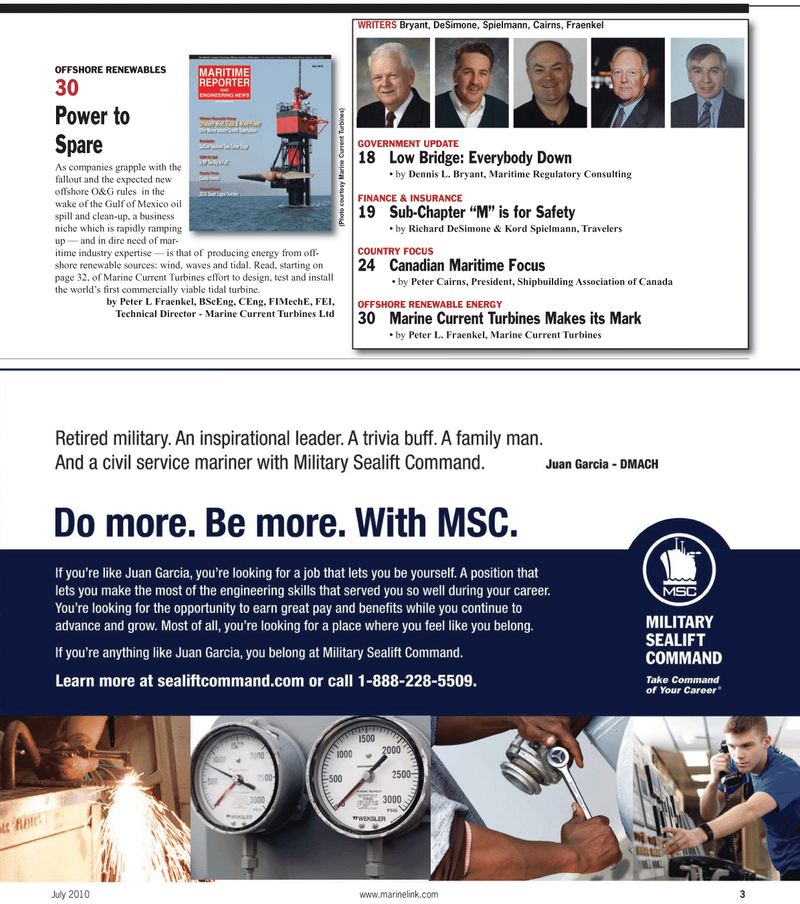 As companies grapple with the fallout and the expected new offshore O&G rules in the wake of the Gulf of Mexico oil spill and clean-up, a business niche which is rapidly ramping up — and in dire need of mar- itime industry expertise — is that of producing energy from off- shore renewable sources: wind, waves and tidal. Read, starting on page 32, of Marine Current Turbines effort to design, test and install the world’s first commercially viable tidal turbine. by Peter L Fraenkel, BScEng, CEng, FIMechE, FEI,