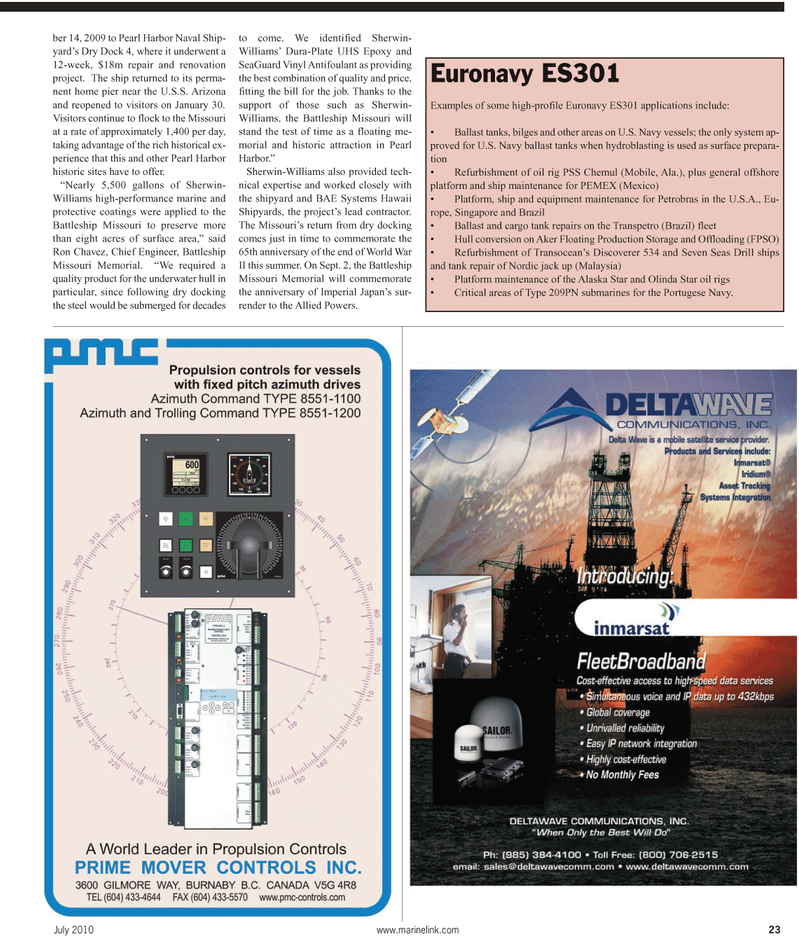 July 2010 www.marinelink.com 23 ber 14, 2009 to Pearl Harbor Naval Ship- yard’s Dry Dock 4, where it underwent a 12-week, $18m repair and renovation project. The ship returned to its perma- nent home pier near the U.S.S. Arizona and reopened to visitors on January 30.

Visitors continue to flock to the Missouri at a rate of approximately 1,400 per day, taking advantage of the rich historical ex- perience that this and other Pearl Harbor historic sites have to offer. “Nearly 5,500 gallons of Sherwin-

Williams high-performance marine and protective coatings were applied to the

Missouri Memorial. “We required a quality product for the underwater hull in particular, since following dry docking the steel would be submerged for decades to come. We identified Sherwin-

SeaGuard Vinyl Antifoulant as providing the best combination of quality and price, fitting the bill for the job. Thanks to the support of those such as Sherwin-

Williams, the Battleship Missouri will stand the test of time as a floating me- morial and historic attraction in Pearl

II this summer. On Sept. 2, the Battleship

Missouri Memorial will commemorate the anniversary of Imperial Japan’s sur- render to the Allied Powers.