McLeod returns to Royal Caribbean after a six-year hiatus working elsewhere in the cruise industry. Most recently, he headed American Classic Voyages as president and COO. 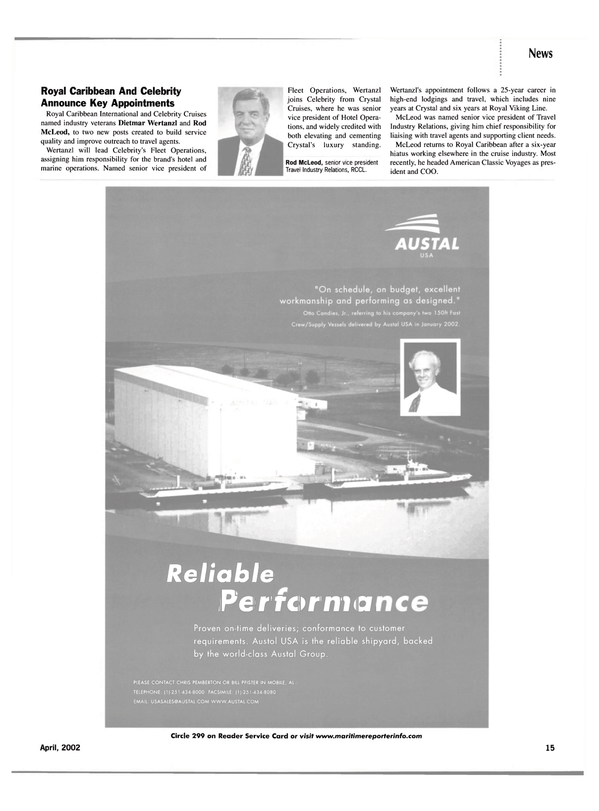