U.S. Secretary of Transportation Norman Y. Mineta named Rear Admiral Richard E. Bennis, USCG, (ret.) as the Associate Under Secretary of Transportation for Maritime and Land Security at the Transportation Security Administration (TSA). Admiral Bennis, who led Coast Guard response in New York to the September 11 attacks on the World Trade Center, will direct TSA exercise of security responsibilities for the nation's seaports and land transportation assets. In his last Coast Guard assignment as captain of the Port of New York, Bennis directed the successful evacuation by water of approximately 500,000 people from lower Manhattan.

Admiral Bennis served the Coast Guard for 30 years in a variety of headquarters and field assignments and was captain of the nation's three largest East Coast ports. In addition to service as captain of the port and commander of Coast Guard Activities New York, he was port captain and commander of the Coast Guard marine safety offices in Charleston, S.C. and Hampton Roads, Va. He served as the chief of the Office of Response at Coast Guard Headquarters addressing implementation of the Oil Pollution Act of 1990; oil spill and hazardous materials response, planning and preparedness; and port safety and security, including Olympic security for the 1996 Summer Olympics. 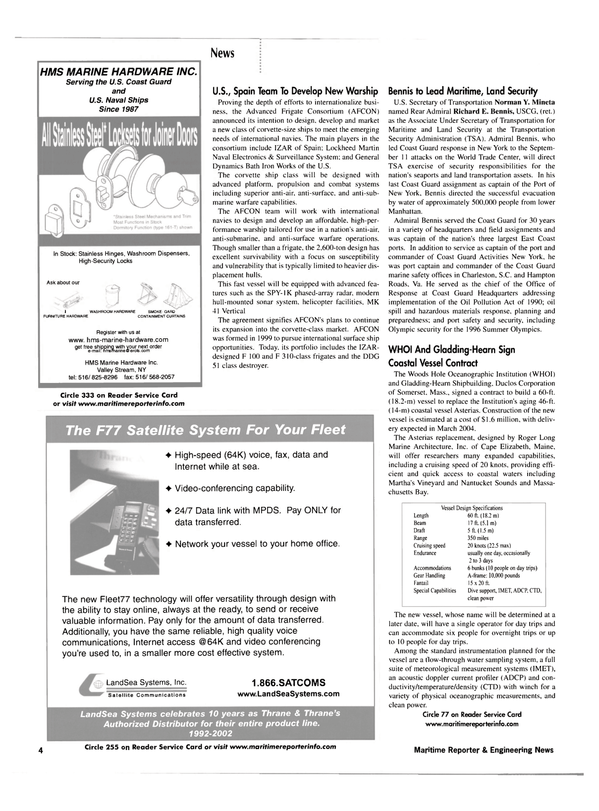